Officials with the operator of the damaged Fukushima Daiichi nuclear plant say the water level inside the No.2 reactor's containment vessel is about half what they had estimated.Workers with Tokyo Electric Power Company used robotic probes to measure the level and temperature of cooling water inside the vessel.They found the water was around 30 centimeters deep.  They had estimated it would be 60 centimeters, based on images captured by an endoscope 2 years ago.The water was around 35 degrees Celsius.TEPCO officials say this suggests the melted fuel is being kept cool.  But they say they don't know whether the fuel is entirely submerged.They say they suspect water is leaking into a unit called a suppression chamber via a pipe that's around the same height as the water.  They believe it's then flowing out of the reactor building through holes in the chamber.TEPCO is planning to plug the holes and add water to the containment vessel before removing fuel from the reactor. 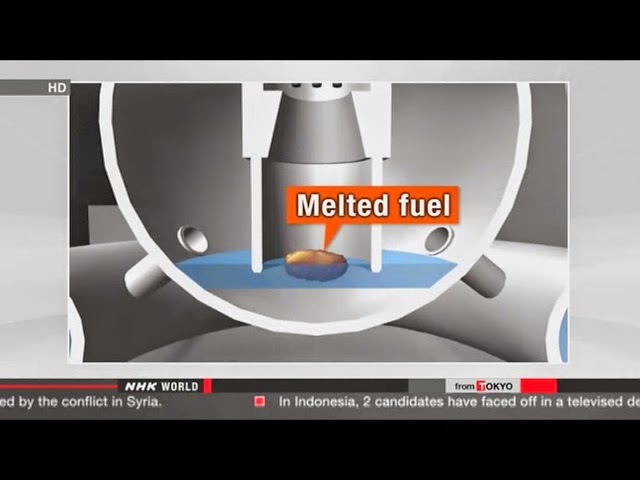