Japan's government is set to test a project to build a frozen artificial wall at the Fukushima Daiichi nuclear plant.
Engineers hope the wall will stop groundwater from seeping into the contaminated compound.Groundwater is flowing into the plant's reactor buildings from surrounding mountains at a rate of 400 tons per day.
The inflow is adding to the problems of toxic wastewater onsite.The government has pledged 32 billion yen, or about 320 million dollars, to build the underground wall.The feasibility test will start by mid-October at the earliest.
Engineers plan to drive steel pipes 30 meters deep into the soil near the Number-4 reactor building.  The pipes will be used to surround a 10-by-10-meter plot on the mountain side of the building.Liquid calcium chloride at minus 40 degrees Celsius will be pumped into the pipes to freeze the soil. The test will examine whether the wall stops the groundwater flow.Officials will also check for any impact on the surrounding soil and groundwater, as well as how best to change pipes over the long-term.Japan's industry ministry hopes to finish the test by the end of next March and start operating the wall by March 2015.
The government has earmarked 1.3 billion yen, or 13 million dollars, for the test.Tokyo Electric Power Company has for the first time released video footage of groundwater flowing into the compound. The video shows the water splashing into the Number-1 turbine building from an area near an underground cable tube.  Sep. 5, 2013 - Updated 00:58 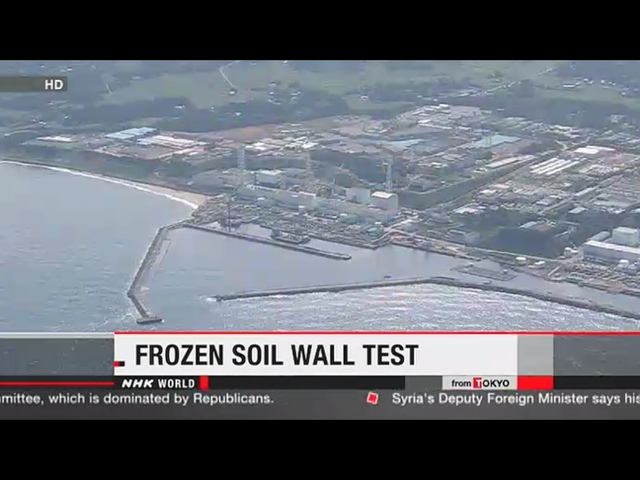 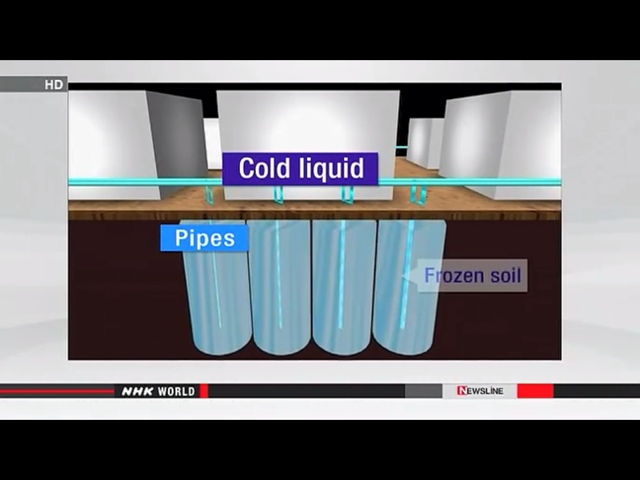 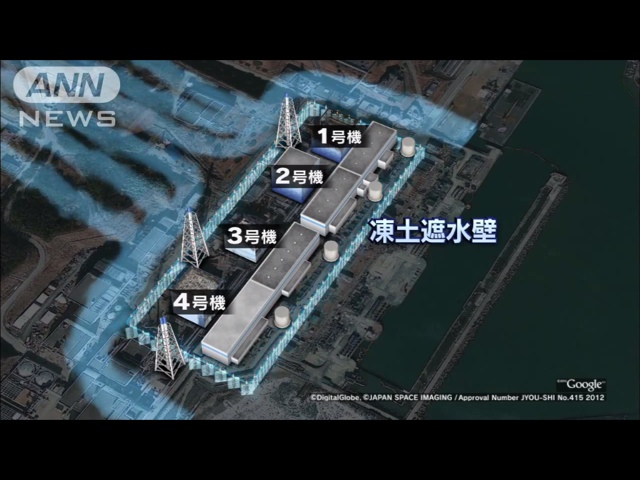