LThe operator of the Fukushima Daiichi nuclear plant says the latest leak of radioactive wastewater has been traced to the overfilling of a storage tank built on a slope.
Tokyo Electric Power Company officials apologized at a news conference on Thursday for the leaks that surface on an almost daily basis.The tank is on the mountain side of the plant's No.4 reactor.
The TEPCO officials said the tank was built on ground that slopes toward the ocean, and the leak occurred on the side that faces the sea
.They estimate that 430 liters of wastewater seeped outside the barrier around the tank and say some of this water may have flowed into the sea, about 200 meters away.Workers had been careful not to fill the tank to the top.  But on Wednesday, they put in too much rainwater that had pooled nearby.Shortly after 8:00 PM on Wednesday, workers found wastewater leaking from the upper part of the tank.
They detected 200,000 becquerels per liter of beta ray-emitting radioactive substances in water pooled inside the barrier around the tank.
The safety limit is 30 becquerels per liter.In August, TEPCO officials discovered that more than 300 tons of radioactive wastewater had leaked from a storage tank in a different area of the Fukushima plant.
Oct. 3, 2013 - Updated 06:14 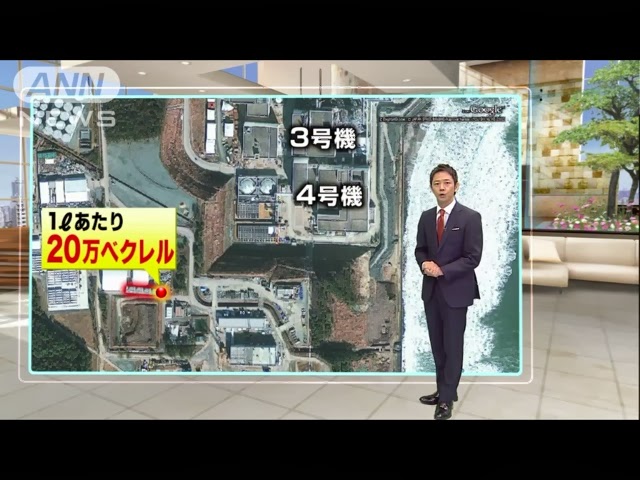 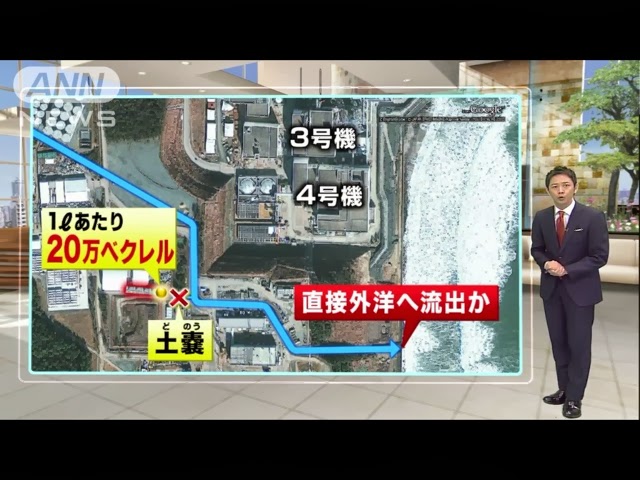