high levels of radioactive substances in water that overflowed

The operator of the Fukushima Daiichi nuclear plant says it has detected high levels of radioactive substances in water that overflowed from a storage container on Tuesday.The spill occurred when workers were pumping rainwater into the container.
A tropical storm last month led to it accumulating in dikes surrounding wastewater storage tanks.4 tons of the tainted water seeped into the ground before workers halted pumping.Tokyo Electric Power Company says it found 390 becquerels per liter of beta-ray emitting substances, believed to be mostly strontium, in water inside the container.
The level is much higher than the government limit for releasing strontium-tainted water into the ocean, which is set at 30 becquerels per liter.
The level is also higher than the 160-becquerels-per-liter detected in rainwater around the wastewater storage tanks just after the storm.
TEPCO officials say they will look into why the radiation level increased.The officials explain the overflows occurred because the rainwater was transferred into the wrong container. They plan to investigate the pipe system layout, and other factors, to find out why there was a container mix up.  Oct. 2, 2013 - Updated 04:26 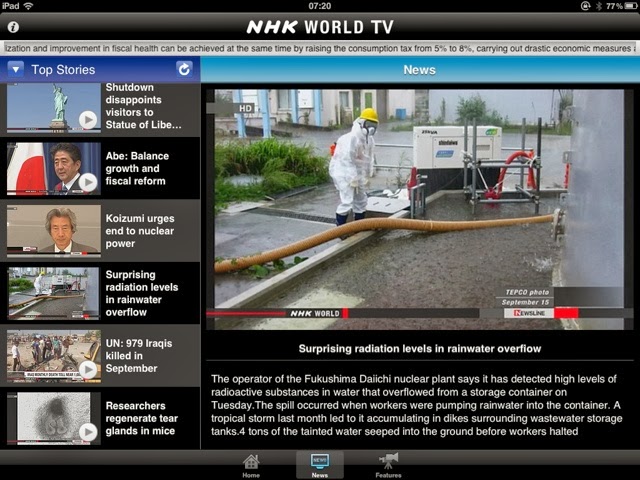