A new decontamination device that can remove a large variety of radioactive substances, including strontium, has been developed for the defunct Fukushima Daiichi plant.The decontamination tool now in use at the plant can only remove radioactive cesium.More than 170,000 tons of treated water, still contaminated with other radioactive substances, is being stored in tanks in the plant compound. The volume keeps growing.The new device unveiled in Yokohama near Tokyo on Tuesday can lower contamination to acceptable levels for 62 types of radioactive materials, such as strontium and cobalt.This is done by putting the water in a stainless steel tank containing a resin that absorbs radioactive materials.The new mechanism will be tested at the Fukushima plant in early September.Filtered wastewater will temporarily be stored in the compound, but it's not been decided where it will go from there. 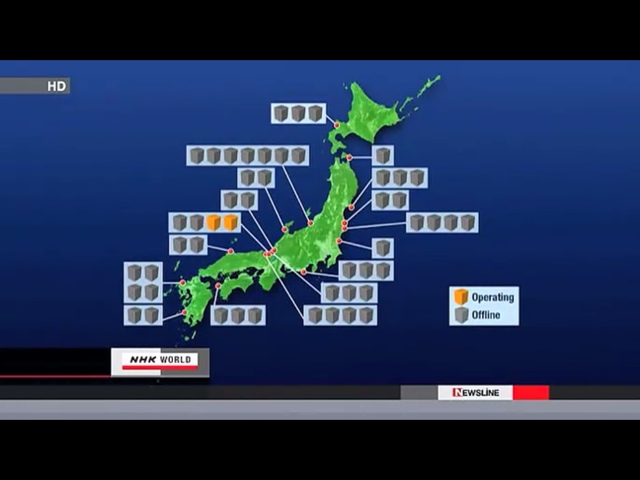