A technical glitch prevented data from the Monju fast-breeder nuclear reactor in Fukui, central Japan, from being sent to the government's monitoring system for more than 4 hours on Monday.Technicians became aware of the problem early in the morning when an alarm sounded indicating that real-time data including the reactor's condition and radiation levels in the surrounding area were not being transmitted.The plant operator, the Japan Atomic Energy Agency, found the device's computer server was turned off.It says workers switched the server back on, and that the device restarted transmitting data about 4 and a half hours after it shut down.The agency says during this period, there were no problems and that it instead sent data to the Nuclear Regulation Authority's Secretariat using fax and e-mail.The secretariat says part of the facility that houses the server lost its power supply. It is investigating the cause of the power loss.The Japan Atomic Energy Agency's former president resigned after it was found that workers failed to inspect about 10,000 pieces of equipment.Last week, the Nuclear Regulation Authority ordered the agency to suspend preparations to restart Monju until it could confirm that safety procedures have been improved.
Jun. 3, 2013 - Updated 06:42 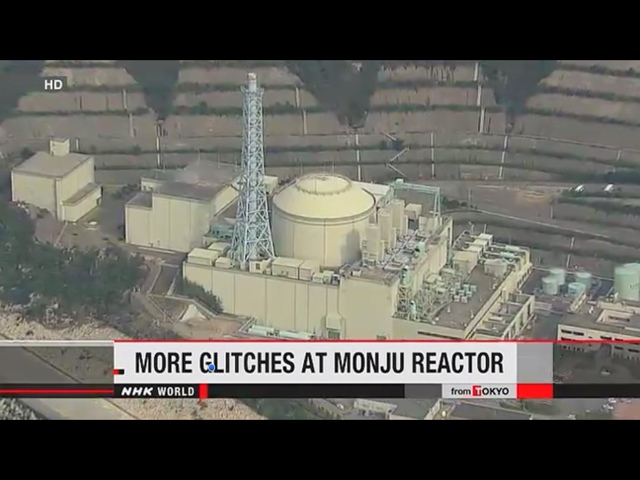