New devices to reduce the amount of radioactive substances

The Japanese government and the operator of the troubled Fukushima Daiichi nuclear plant say they will install new devices to reduce the amount of radioactive substances released into the air.
The government and Tokyo Electric Power Company, TEPCO, originally planned to achieve a cold shutdown, in which temperatures of the reactors reach below 100 degrees Celsius by January next year.
They now say that they will aim to reach that status within this year, as their work is making steady progress.
The government and TEPCO revealed the plan in their monthly review of the timetable for containing the nuclear crisis.They will install new devices at the NO.1, No.2 and No.3 reactors to take contaminated gases out of the reactors using filters.
They plan to start installing the devices next week.TEPCO also plans to complete the construction of a giant polyester shield over the No.1 reactor by mid-October.
The operator also plans to improve its cooling systems so that the temperatures of all 3 reactors will drop below 100 degrees Celsius.
They say the amount of radioactive substances released from the plant was about 200-million becquerels per hour in the first half of September.
They say that's about one-four millionths of the level of the initial stages of the accident in March. 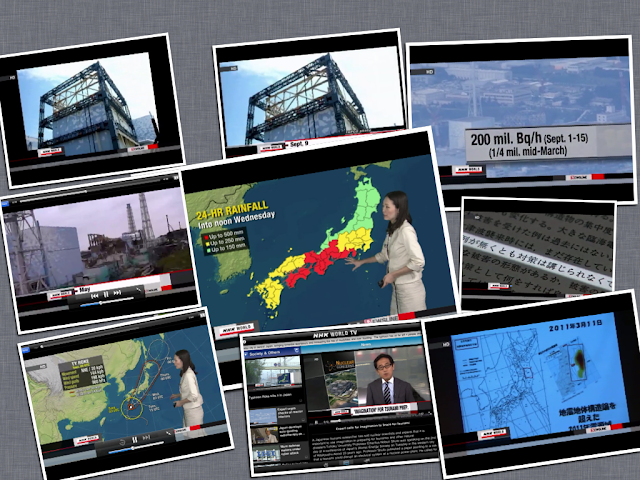