Tatsuya Murakami, Mayor of Tokai-mura in Ibaraki Prefecture: What I’m truly afraid of is the groundwater. As you know, Japan is a country with a lot of rain. You could even consider it to be a monsoon country, and when we add that to the fact that we are a very mountainous nation, that means you have a lot of water always running underground to the ocean.

When you look at the Fukushima power plant, you see that nearby is a very big mountain range called the Abukuma mountain range, and mountain ranges are always as I said a source of water. And there’s just a tremendous amount of groundwater always, always flowing very strongly towards the ocean. […]

Given the fact that the special terrain of Fukushima encourages groundwater — I know that at present the people in charge of the Fukushima plant are saying that they will somehow stop the groundwater from getting into the premises of the plant — but I think it’s an extremely difficult task. I frankly think it is an impossible task, and I think anyone who thinks that they can accomplish such things and conquer nature in that way is simply just full of themselves and not really realistic

I am again very concerned about the groundwater, in part because as a result of the meltdown we have this spent fuel that is just being abandoned, just been left there, and as long as it exists it is constantly emitting radiation, it is constantly being in contact with water and you’re always going to get more and more contaminated water produced. So unless that spent fuel is a somehow taken care of, you’re always going to have this danger of more contaminated water getting out. […]

I believe that this groundwater is a tremendous problem, and the idea of this contaminated water reaching the ocean I think is very, very serious and frightening thing. 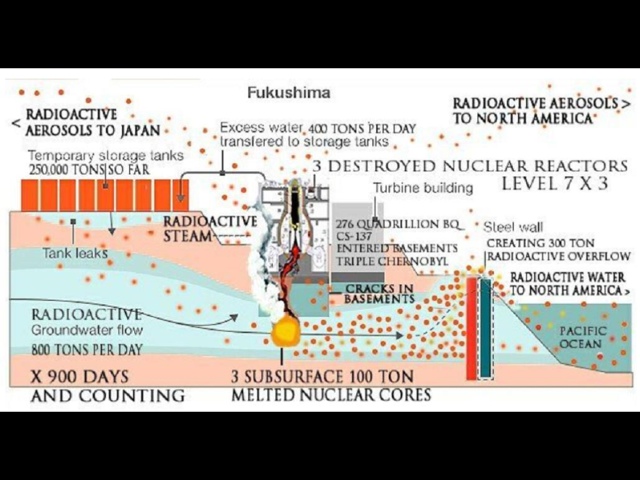